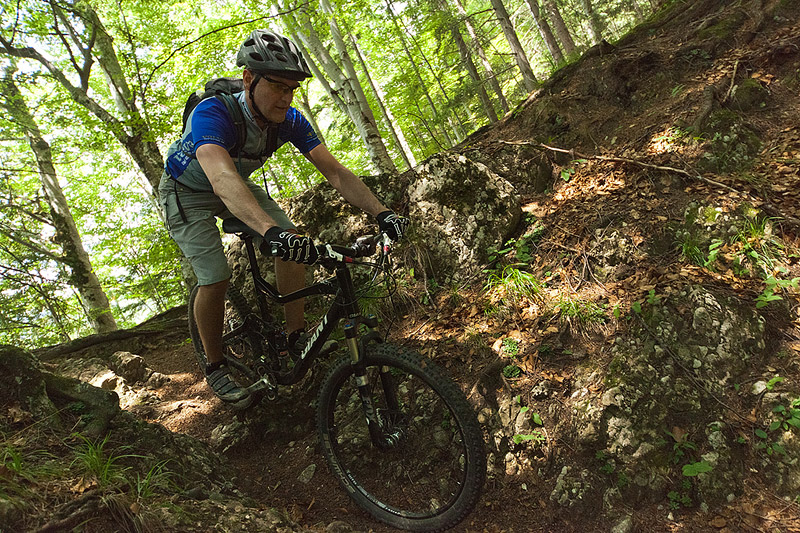 We rode this weekend the trails of Postăvaru and Piatra Craiului, and it was great fun. We were also able to dodge some of the terrible heat of this Mediterranean summer by staying under the trees for as much as possible. And as an extra-bonus, an unexpected but quite thrilling photo shooting with a Swedish model: Sigge was kind enough to show us some of his skills. Was it all-mountain? Freeride? Cross-country? Downhill? A little bit of everything.

Or, simply, mountainbiking. Thanks, Arnon and Sigge, for a nice weekend. Keep watching that line!