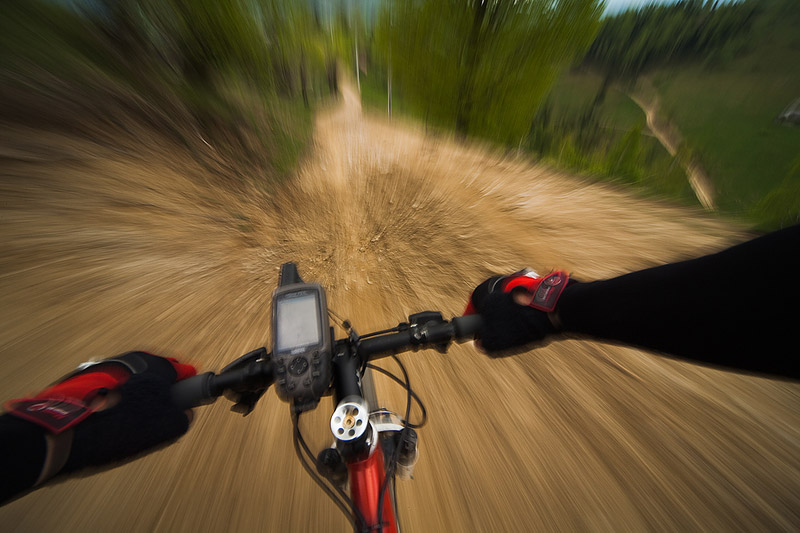 2022 Calendar
"Horia - thanks for a fantastic couple of days!! Very challenging, but rewarding beyond my expectations - cant imagine more…"

It was in August 2010 when Robbie, Steve and I went biking in Bucegi, up to Poiana Gutanu and down to Simon village. The following day we were supposed to hit the trails in Piatra Craiului, but the weather had other plans for us. One delay after another, and it was May 2011 when we were finally able to finish our tour. This time in a bigger group, with Andreea, Lenuta and Mihai joining us.

The Piatra Craiului tour is a classic. The first ride there was back in the summer of 2002, when mountain bikes on the mountain trails where quite a rare view in Romania. We cycled that summer in Piatra Craiului, in Baiului Mountains, in Postavaru, Piatra Mare and we haven’t met any mountain bikers. Things had changed a lot in the passing years. While waiting for Steve, Robbie and Andreea in the parking lot near Gura Râului Hut, just at the entrance of the Zarnesti gorges, we counted more than ten mountain bikers joyfully struggling uphill. Further on, during the day, we met three more groups.
The 2002 route in Piatra Craiului was quite long: about 45 kilometers, reaching Brusturet gorges, the Dâmbovicioara, Ciocanu, Sirnea villages, mostly on forestry roads. Things are a little bit different now: the old forestry road was partially washed up by torrents last summer while others were paved, our abilities and equipments changed, and we are now more inclined to hit the trails, instead of the roads. We are now able to cycle on tracks we wouldn’t dream of ten years ago. The routes are now shorter in distance but more intense, with tougher ascents and descents. In Piatra Craiului we ride around La Table, Poiana din Grind, Curmatura Groapelor, Poiana Joaca – part of the Three Mountains marathon in 2010 was going through this very area. The views are quite unique, with panoramic images of the Piatra Craiului ridge and the west part of Bucegi mountains.

Steve and Robbie were more than pleased with our mountain biking day. The route was very varied, quite challenging technically and physically. The landscape is, most probably, the best in Romania. Towards the end of the final descent on the narrow trails of Magura village, Steve said “this might be my best ride ever”. The excess of adrenaline and the pumping blood in his veins might explain his enthusiasm, but I was glad to take note of his statement. Andreea couldn’t wipe the smile out of her face for the entire day, even though it was her only third day of mountain biking (we have to take her word for it, she managed very well even for an experienced mountain biker). Lenuta and Mihai were less exuberant, probably because they have days like this very often. Maybe too often, as the leader of an Israeli group would say – we were both admiring the Bucegi mountains last summer when he told me that seeing such gorgeous views too often, might make you immune to the beauty. He could be right, but that’s just the kind of problems I would like to have more.

As of me… the yelling and hurray-ing you can hear in the video are mostly mine. The Piatra Craiului route was for a long time my number one in the all time trails chart. If it isn’t anymore it’s simply because now there are so many routes I enjoy as much as this one. The idea of a chart doesn’t make sense anymore.

Horia – thanks for a fantastic couple of days!! Very challenging, but rewarding beyond my expectations – cant imagine more enjoyable riding or better views anywhere…