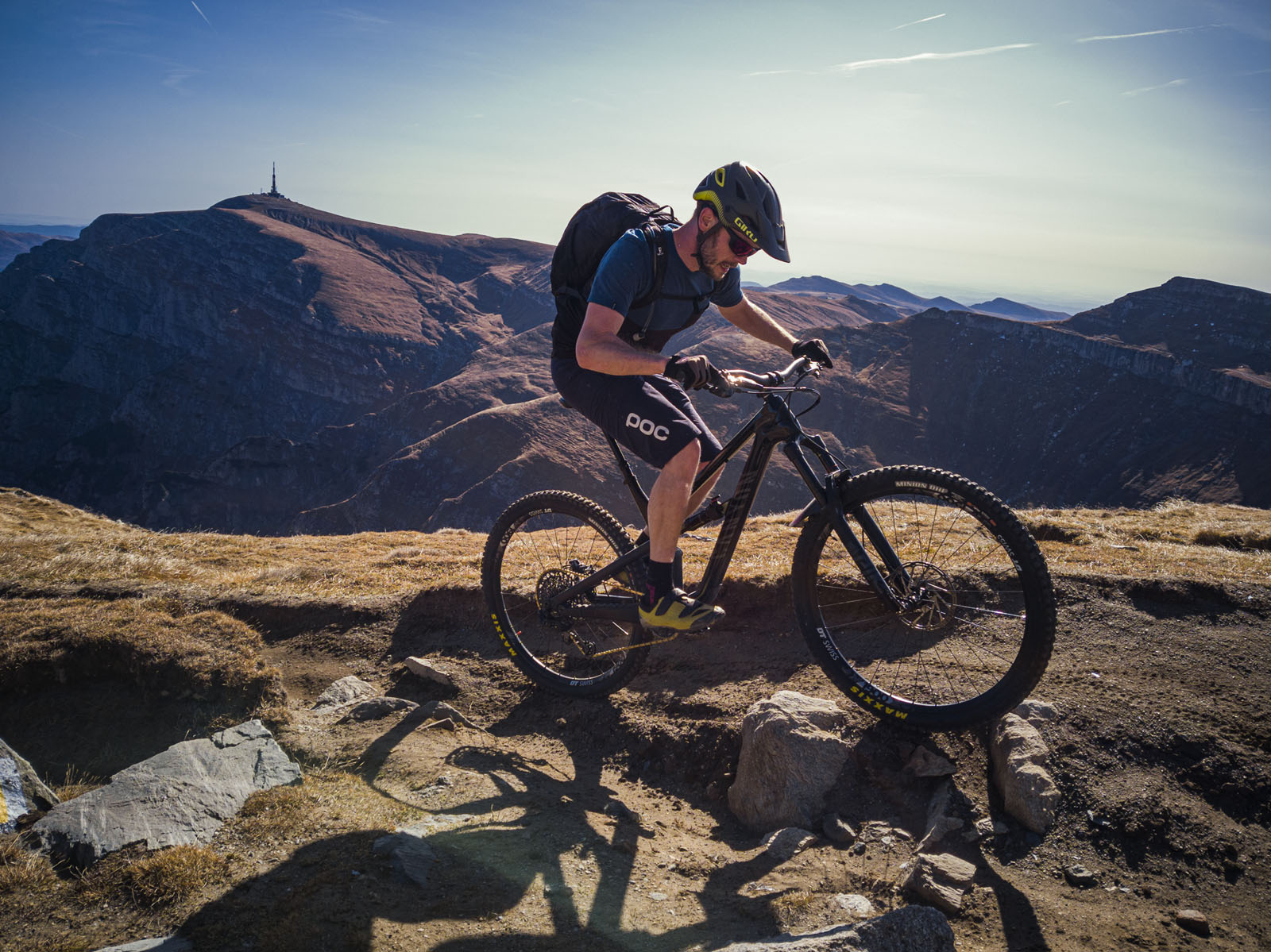 We had a busy year in 2022 with Tom, biking on some jaw dropping Carpathian Peaks in the mountains surrounding Brasov city.

For most of the 2023 Tom spent his biking days on easier cross-country rides on the flat lands, plus a good number of days abusing the cable cars while stacking bike-park runs under his belt in Sinaia, Azuga and Poiana Brașov.

One of these days, while waiting for the uplift, he realized he missed a good pedaling day up in the mountains. So he gave me a call.

And there were two. Days. Of good pedaling, sublime mountain landscapes and spectacular trails. One in Bucegi, going up to Omu Peak and coming down on the Drumul Grănicerilor all the way to Strunga Pass, and then further down to Moieciu de Sus. The second day in Piatra Craiului, going for a less popular – but equally fun – trail leading to Brusturet.

Is there something better than a good (biking) day up in the mountains? Of course. Two days of just that same thing.