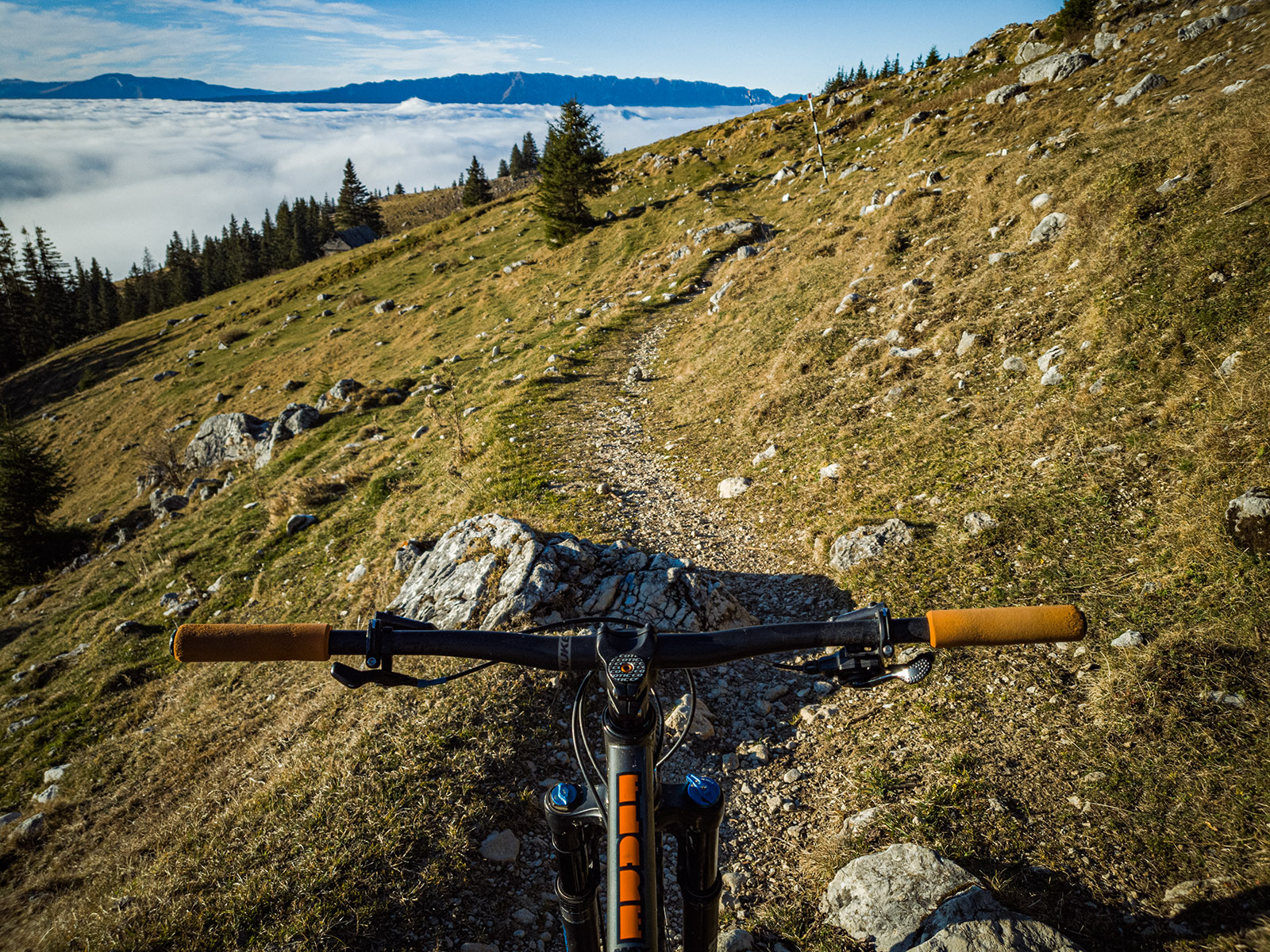 “Beware of the mountain bikers coming from flat countries”. That was the advice I got quite early in my mtb guiding experience and I keep mentioning it during our tours, as it always brings out a laugh or two. It obviously is one of those general statements that can easily be cancelled out by specific individual examples, of which we’ve seen many during our very own tours. But there is an obvious element of truth in it: you cannot know what mountain biking is unless you bring your bike to the mountains.

Some of the most (mountain) bike-oriented countries in Europe are rather flat. The list can only start with The Netherlands, with its rather puny highest altitude of 322.4 meters (the level of precision of that measurement, going down to centimeters, is quite relevant to the discussion). But hey, that didn’t stop Mathieu van der Poel becoming one of the best mountain biking prospects in XC, a discipline more and more technically demanding. Martin Maes, an Enduro WS hot shot, comes from a country a little further South: Belgium has its highest point at almost 700 m, an altitude barely touching the limit of the “mountain” territory, as defined by UK government regulations. The situation isn’t significantly more elevated in the British Islands, with only Scotland transcending the 1000 m altitude with its famous – but rather cloudy – Ben Navis. Coming back on the continent (and in Europe, some might say), the Germans are the biggest in numbers and, while the country is bordered by the Alps at its Southern end, the vast majority of its surface is rather flat.

Most of our guests at mtbtours.ro come from these countries, and an overwhelming majority of them are doing their regular laps and tours on a territory that is “hilly” by most standards. There is obviously nothing wrong with that. However, now and then, for a weekend or for a week-long tour, almost every mountain biker wants to get to the mountains.

And up the mountains you will go, if you come for a mountain biking tour with us, here, in the South Carpathian Mountains, Transylvania, Romania. With altitudes ranging from 600 m to 2500 m, with long, gruelling climbs, and equally long and breath-taking descents, with trails through foliage and pine tree forests or alpine pastures, along rocky ridges and exposed sections, you will get a full mountain experience.

In our book, mountain biking has to be about mountains. We are blessed to live in a city like Brasov, with a 1700 + m altitude mountain basically in our backyard, and with other five or six mountains within easy reach, including protected areas like national and natural reserves. We can’t get enough of the fresh air of the forests, or the thin air up on the peaks. We get motivated by the long climbs ahead that end with thrilling technical descents, and we want to share all that with you.

Come here, and you’d get a true mountain biking experience. You’d be really biking in the mountains.