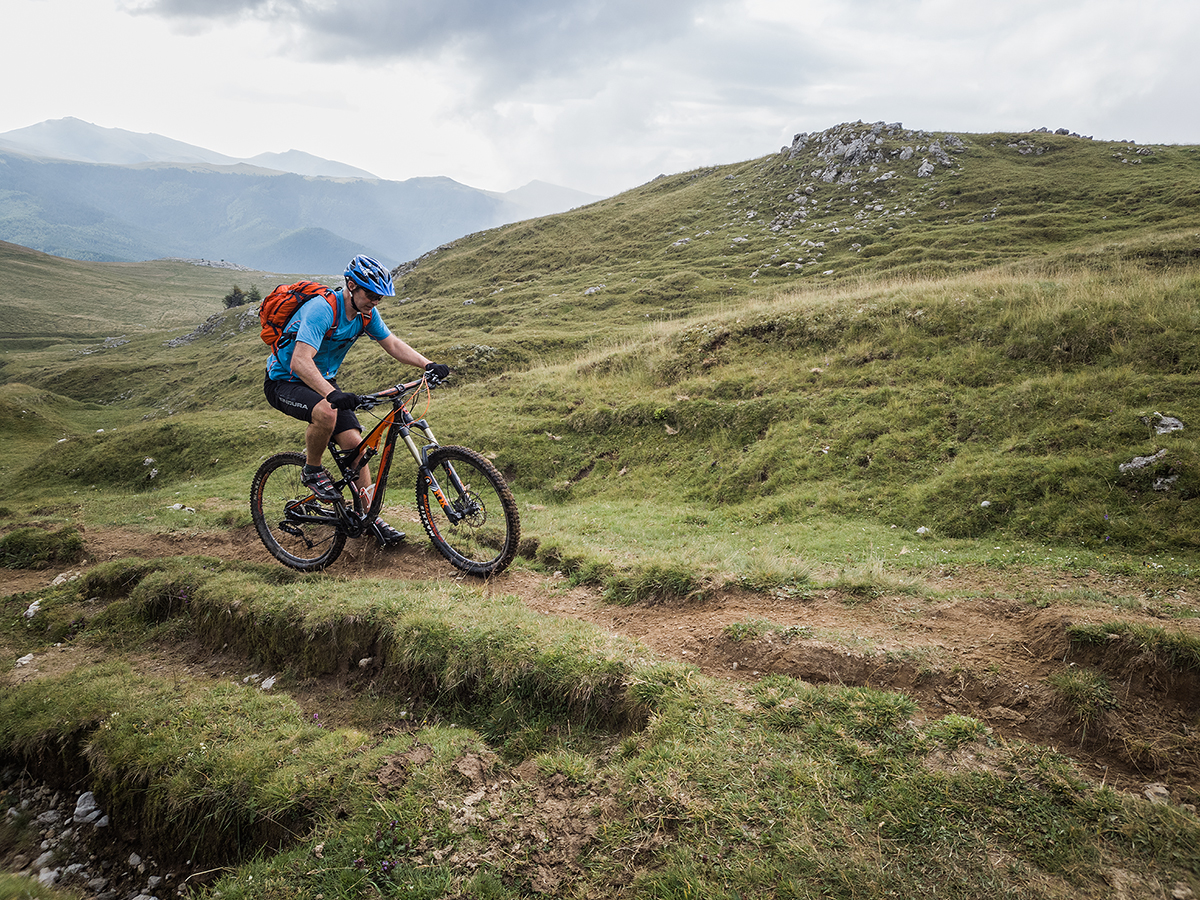 2022 Calendar
"Thanks Horia and team for a great time in Romania. We had a good mix of trails and adventure riding…"

You don’t see very often people from New Zealand travelling half the world to visit Romania. Sam had a special reason: his daughter was competing in the NZ team at the Junior World Kayak Championships near the city of Pitești. As a keen mountain biker, he thought he might squeeze in a few days of riding on our local trails before watching the competition. So he wrote us an email.

The rest was, as they say, history: we got for Sam a good rental bike, designed a four days route to suite his style and preferences, and on we went.

Like so many others before him, Sam came with low (if any) expectations, and left the place amazed of what he’d discovered. Will you be the next one? The trails of Postavaru, Bucegi, Piatra Craiului Mountains, the rolling hills of the Bran Country, the one and only Strunga Pass are here to be discovered. And enjoyed.

Thanks Horia and team for a great time in Romania. We had a good mix of trails and adventure riding in a beautiful part of the world. The tour was very well organised with everything exceeding expectations. I enjoyed the technical riding tips and learning something of the history and culture of Romania. I can highly recommend Romania as a travel destination and your tours to get out into the hills.