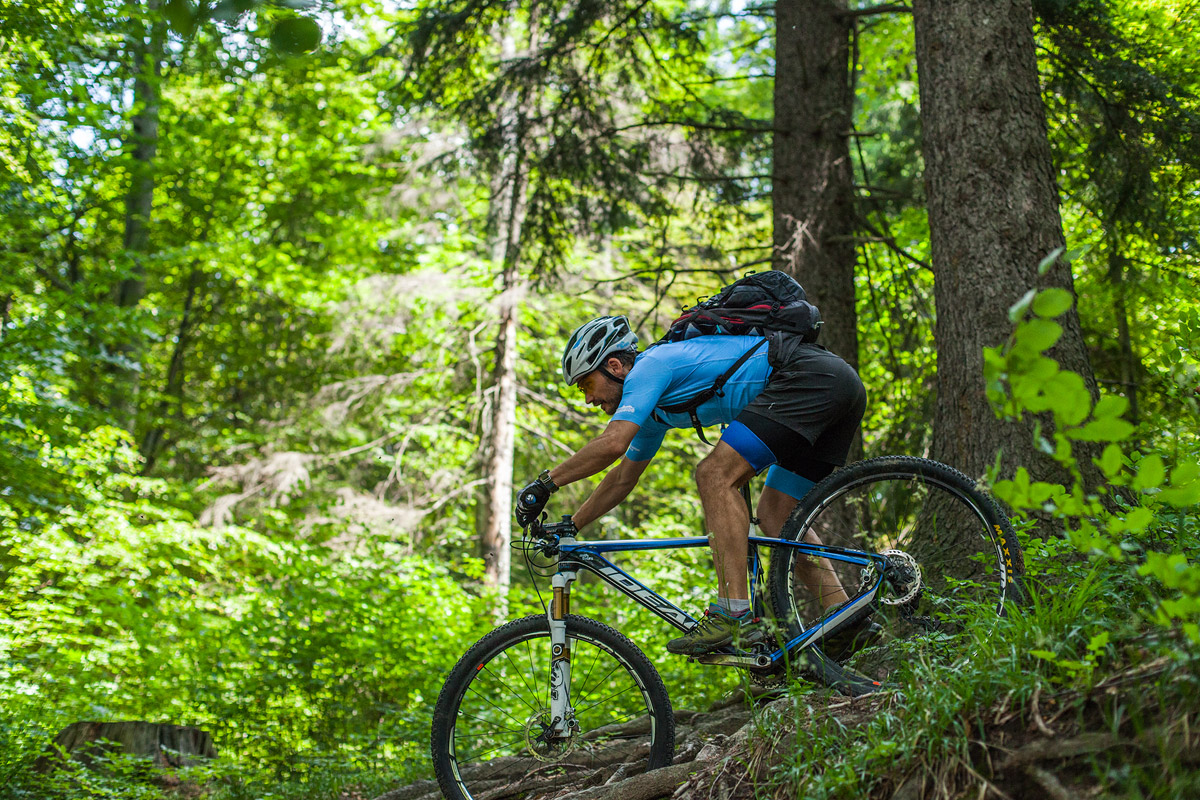 “I use more often the dropper seatpost than the front derailleur”, told me Sigge a few good years back, at the beginning of his stay in Romania, while we were riding on the trails of Bucegi, Piatra Craiului, Postăvaru. Across the marvellous mtb playground that is the Brasov area.

Sigge is my kind of mountain biker. Under the baggy pants he’ll always wear the pampered lycra. He’s a mountain trails type of biker, loving the singletracks both uphill and downhill. His advice for me, knowing what I like and how I ride, was to get a dropper seatpost. Of course, a lightweight full suspension wouldn’t hurt, but a really good one would cost a pile of money. And it also invites laziness, as it constantly bails you out of dire straits caused by a pour (or simply lack of) technique.

Dropping the seatpost, though, is imperative. It’s like moving from a two-dimensional universe into a 3D reality. Like turning a chef’s knife into a Swiss army knife.

At that time I was what the gravity world easily dismisses as a “cross-country boy”. I was into endurance, and indeed we were regularly biking up to places like Omu Peak, at 2507 m, but the aim was totalling tens of kilometres in distance and thousands of metres in uphill. The gnarly rocky, roots sections of the trails were the mere unavoidable tax one needs to pay in order to access the high mountain trails and wonders.

About the same time, though, I was beginning to see the whole thing differently. The gnarly trails seemed less and less frightening, and more and more satisfying. I was heading into them like a proper XC rider, with the seatpost high, thinking that a good rider can tame any rock garden without dropping the seatpost.

Riding with Sigge and his friends, however, and later with other guys, showed me a different way. It became obvious I was living in a limited universe, and I started to discover that third dimension. Riding on the tail of a good biker, hitting the pump tracks, focusing on technical workshops, practising with friends, watching videos and reading books. And, dropping the seatpost.

The dropper seatpost was on the bike upgrade list for a good while. But. What about that annoying cable, as an internal routing would mean buying a new frame, and an external routing would leave a messy, bouncy housing dancing along the frame? Where should I put the remote, will it conflict with the front derailleur? And, most importantly, why waste about 300€ on a dropper seatpost as long as you can easily rely on a cheap seat clamp? You get at the end of the climb, you stop, drink some water, breathe a little, drop the seatpost and off you go! Nice and easy, cheap as chips!

All these hurdles went down one by one. First, I gave up on one of the front rings, so off with the front derailleur. Second, why not use one of the existing wholes in the seat tube for fixing the water bottle, and improvise some kind of half-internal routing? Third, Brand X launched in autumn 2016 a budget dropper seatpost featuring a decent weight, reasonable travel and under the bar remote control, making it perfect for what I was after. The fact that I was able to find it at a local shop in Brasov, at Playbike, was an extra bonus.

The dropper seatpost has a week of full action on my bike, and things are as good as expected. Or even more. I can honestly back Sigge’s words, about using the dropper seatpost more often than the front derailleur – especially when you don’t have the latter anymore :). I drop the seatpsost for every three metres of descent. I raise it up for five meters, if this helps me rest the tired legs during a longer descent.

The riding is definitely more fun, at the point of feeling almost guilty. A grown up should not play like a kid as much. I jump more, I carve the curves deeper. I go faster. And realise that a dropper seatpost is a great idea also for a cross-country lycra boy. If you don’t believe me, ask Julien Absalon. He used one while riding during his last competitive season for BMC, in 2016. As they say, some old dogs do learn new tricks.