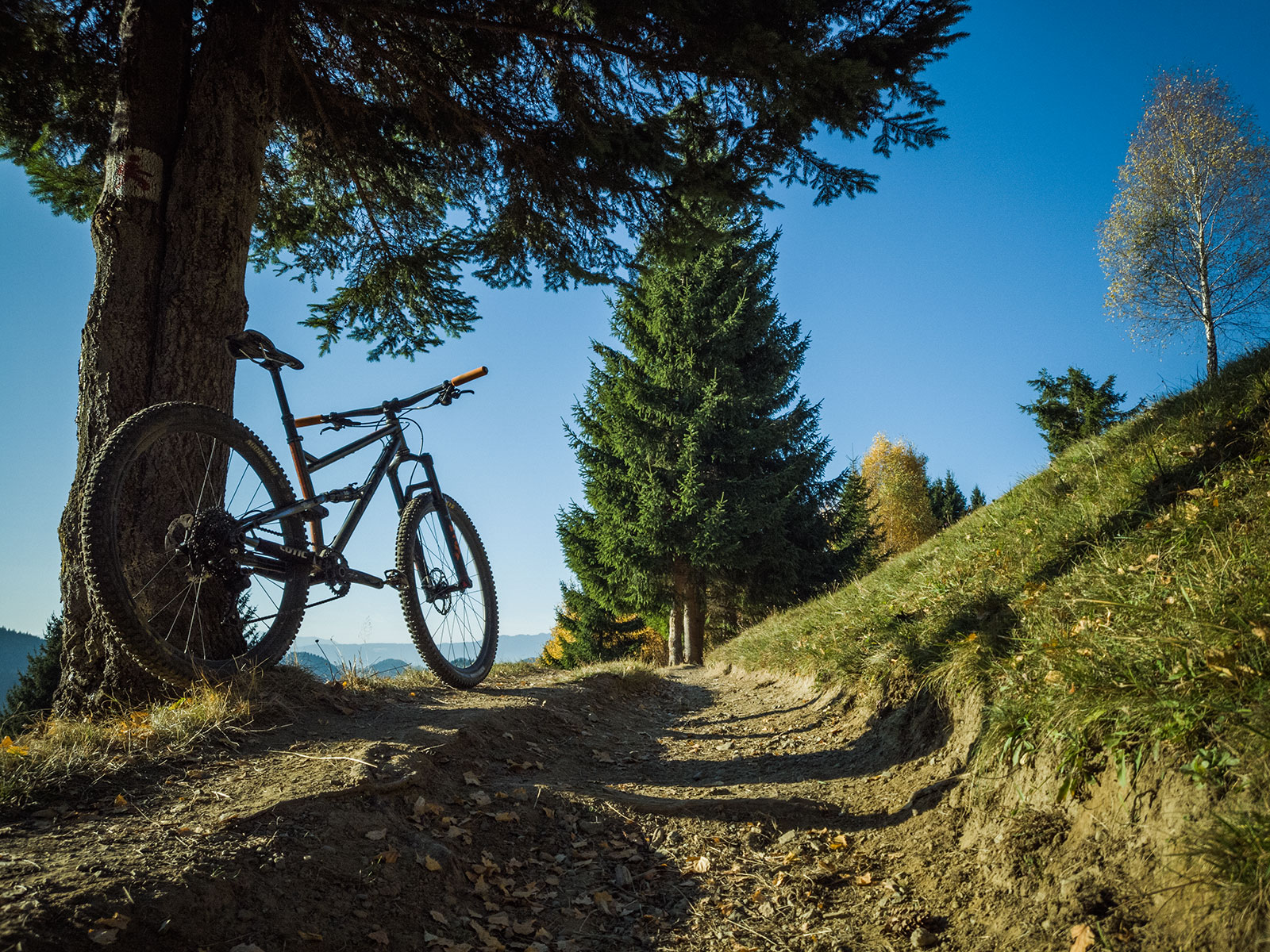 “We’ve got a car, you don’t need to keep cycling all the way to the finish line”. This is what one of the organizers told me when I reached Bazna, the final checkpoint of the Medias Medieval Marathon 2011, while he was preparing to remove the competition chip from by bike. I was 25 minutes over the allowed time and therefore disqualified. He was probably thinking this was the only comfort he could give me, as he was preparing to take me out of the competition.

He was twice wrong. Firstly, if I wanted the easy way out, I would have stayed at home, instead of eating mud for 70 km around Medias. Secondly, I couldn’t have cared less about the chip. When my brother helped me to put it on the bike, it felt like a foreign object, a useless addition to my bike. I wanted to ride, not to beat the chronometer. The only measuring device on my bike is the GPS. I lost the speedometer long time ago, as it did not bring any new information that the Garmin did not already provide me with. And the GPS always shows the map, the tracks, not the statistics. I was never interested in reading my pulse or my pace.

And so you are right to ask yourselves: what then was I doing at a mountain biking competition? What is the point in competing with others who go from competition to competition, while seriously training in between? Those who know how to pace themselves, so they can reach and keep their right pulse?My answer is that I was not looking for the competition, as I was anticipating the pleasure of the ride itself. I was curious about the track, I wanted to see the places, the trails, the hills, forests, and villages. If not for the marathon, I would not get to bike around Medias, even if it is relatively close to one of our favorite mountain biking spots in Marginimea Sibiului. Besides, it is one of the oldest mountain biking competitions, on the home turf of our fried and biking companion, Mihai of Medias.

I was so detached from the concept of competition, that I didn’t even know there was a time limit. I had no doubt I would finish the track, I am more then familiar with 70 kilometers rides, and elevations hgher then 2.000m. How long would it take me? It didn’t really matter. It didn’t matter when my drive chain got stuck in the first gear of the front derailleur on the first muddy ascent (and it kept getting stuck on each climb afterwards); it didn’t matter when I had to stop for 20 minutes to fix a flat tire; and it didn’t matter when the finish line bell rang and I got my share of applause. I did feel some frustration when I found my name on the DNF list (”did not finish”). But I quickly got over it: according to the regulations, I belonged on that list – I had not finished the marathon. What I did finish was a ride that went on the same track as the marathon, but in my time, and according to my terms.

A ride that I have to say disappointed me. And not because of the mud. One thing was the name. Why medieval? Besides the start and finish lines which are in Medias, the ride only takes you through the yards of two walled churches, and you’re done with both of them in less then 10 minute if you stop at one of the check points. What’s wrong with the Medias Marathon? Medieval does sound more appealing, like in the Sighisoara Medieval Festival, but that only takes place in the medieval citadel.

If there was one thing that kept us company on the ride, it was the ever present gas pipe. There are several gas stations along the way, the famous climb from Bazna to Medias reeks of the stuff, and the official sponsor of the marathon is Romgaz. And so, ”Give it gas” would have been the perfect slogan for the competition. Surely the smelly interpretation of the slogan could have been avoided with some well placed humor.

I also thought that there were too many in between flat areas during those 70 kilometers, and too few trails. There wasn’t too much mountain in mountain biking. The mud had something to do with it, it caused some detours and ruined some of the most rewarding climbs.

I was in fact interested in the competition also. I too was eager to experience the adrenaline rush at the start line, the release when the competition finally begins, the feeling of belonging to a community, especially in the moments after the end of the competition, when people gather around to share their stories and impressions. The least interesting part for me is unfortunately during the marathon itself. The happy and colorful gang of mountain bikers I was so admiring at the start line turns into a desperate and dramatic bunch on the first ascent; the silence of the forest is broken by urban noise; the check points are littered with plastic bottles and wrappers. It is only during the second half of the marathon, that the participants start to put some distance between themselves, and I finally get the feel like I am on a bike ride. Which is when I begin to forget myself, lose my concentration on the purpose of the competition and find myself on a more leisurely pace. I would like to stop and admire some of the most inspiring views, but I don’t. And this bothers me more then the taking away of the chip.

All my admiration to those who passionately train and take part in competitions. To complete the long track in Medias in less then 4 hours, given the weather conditions, is short of a miracle. My respects to Tudi Oprea, who is over 30, but still beats the young guns in the elite section. Bravo to Maus, who gets more competitive with each year that passes. They’re like good one, better as it gets older. Bravo to all the girls, who went head to head with the guys. Bravo to the organizers, it can’t be easy to do the same thing every year, despite the more or less constructive criticism.

And congratulations to Mihai of Medias, the only one with a smile on his face in the marathon photos (I did not really see all of them, there were too many). And congratulations to Christi who, after coming in 4th at the Tara Barsei Biathlon, managed a good ranking at Medias as well. And a high five to my brother and all of those who passed the finish line, with or without their competition chip.