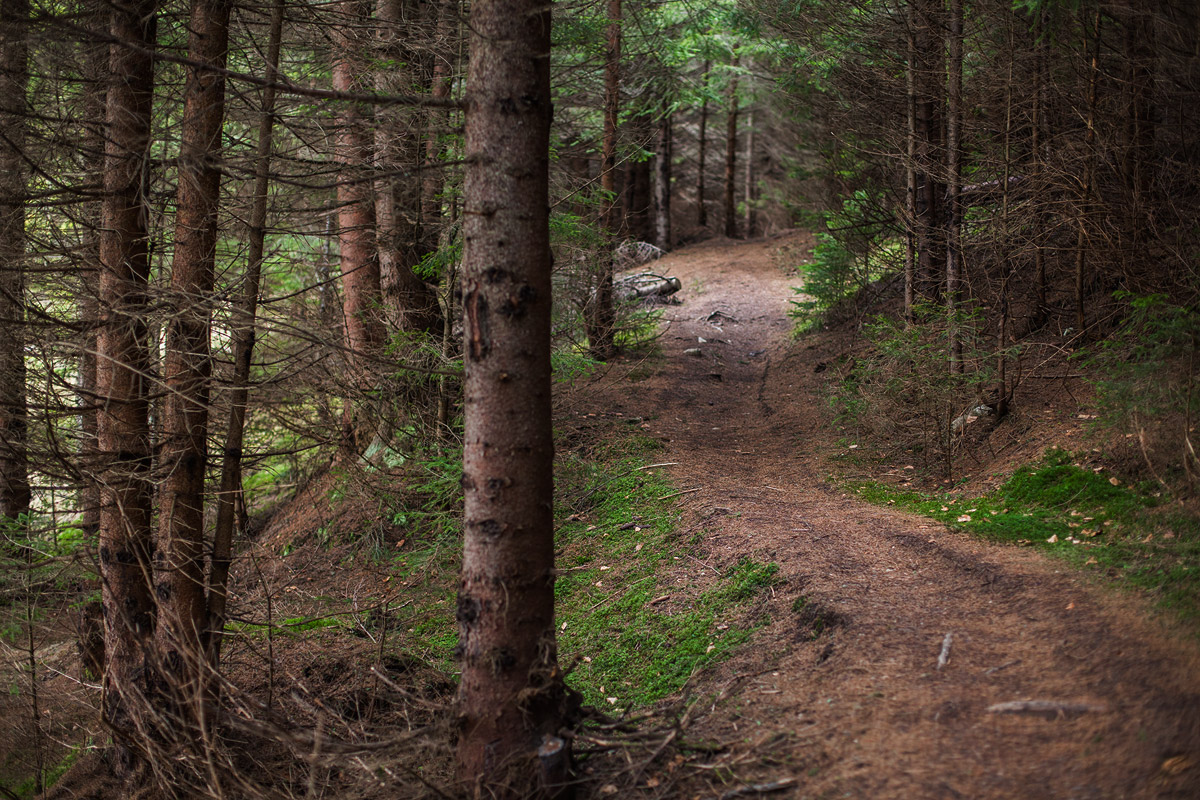 2022 Calendar
"'Shredding', 'Send It" and the aggressive macho spray of dirt in every picture in biking media are not okay. It…"

It’s more than just semantics differentiating „riding” from „shredding”. You ride the trails, but you also ride your bike (as you’d ride a horse, for instance) . When riding the trails, you are letting yourself carried along a path by the means of a transportation tool, so to speak. While with „shredding”, that’s definitely aimed at trails. I mean who in the world and in a sane state of mind would shred his bike? (They do that with horses in some parts of the world, but let’s not change the subject here).

Shredding defines not just a way of mountain biking, but also an attitude on the trail. It’s about being aggressive, in tone with the mandatory outfits: full-face helmet, legs, arms and back protection, neck braces, etc.

The internet is filled with top quality videos and photos featuring brave mountain bikers shredding the trails, literally ripping them in pieces. Endless slow motion shots with waves of dust, earth, leaves, mud, roots, rocks, snow and other elements thrown away from the trail by the continuous slide of a brake-locked tire. That is quite a feat, to be fair, not every rider can do that. You need top notch technique on mastering top of the shelf equipment (and a pair of balls made of steel, some may add). You can only watch and wonder.

After the dust has settled, one question hovers on. Is it OK to use and abuse the trial in such a way?

As long as the trail is inside the compounds of a bike park, there should be no problem. The ski resorts around the world are trying to find solutions beyond the more and more elusive snow seasons, and building bike parks is one obvious answer.

The traditional trekking trails, however, are a in a different situation. First, there’s the safety factor, as long as children or elders are to be found in the area – just to point out those less agile type of pedestrians, with smaller ducking, diving, jumping or dodging abilities against the fast paced mountain bikers.

Second, there is such a thing called tradition. The life on the trails has a history, a routine that goes back in time far beyond the moment we popped up in the area, rolling our wheels and searching our (inner) flows. While on the trail, people stop to say hello, to pass on the good vibe, to help if needed. To put it simply, people respect other people.

Third, last but not least, it’s a matter of principle: we all go in the mountains because we love the scenery, the forest, the quietness, the fresh air, and we all want to find all these every time we come back on the trails. Take photos, leave no trace, as they say. We should be careful not to leave litter behind, and that also goes to leaving the trail as we’ve found it.

Take a look at the image above. It’s a mouth watering single trail, you can almost hear the whizz of your bike, humming fast past the soft ground. If ten „shredders” would rip that track with sliding and skimming turns then the whole place would suddenly look like a motor-cross playground. Wouldn’t that be a pity?

The solution? While on trekking trails, do roll over and avoid sliding as much as possible. The more spectacular they are these slide turns, the more damage they create. Don’t build bumpers, kickers, etc, they have absolutely no utility for the pedestrians. On the contrary, they just create unnecessary risks on the trails as they invite bikers to go too fast on low-visibility areas.

Let’s leave the shredding for bike parks and bike-only trails and let’s keep the trekking trails a space designed for common use, in the mutual benefit of both hikers, runners or bikers.

‘Shredding’, ‘Send It” and the aggressive macho spray of dirt in every picture in biking media are not okay. It is just more wrecking the world one inch at a time.
‘Exploring with a bike’, ‘getting back to nature’,etc, none of that is represented in the Testosterone -fuelled MTB language.